Shi Tao (1642-1707) was a painter of Qing Dynasty and a great master of Chinese painting. The name of Yuanji is Yuanji. His real name is Zhu ruoji, and his name is Shi Tao. He is also called balsam pear monk, dadizi, and Chen people of Hunan Province. Quanzhou, Guangxi, settled in Yangzhou in his later years. A descendant of King Jingjiang of Ming Dynasty, he became a monk when he was a child. He traveled for half of his life and sold paintings. Together with Badashan people, Hongren and kuncan, they are called "four monks in the early Qing Dynasty". 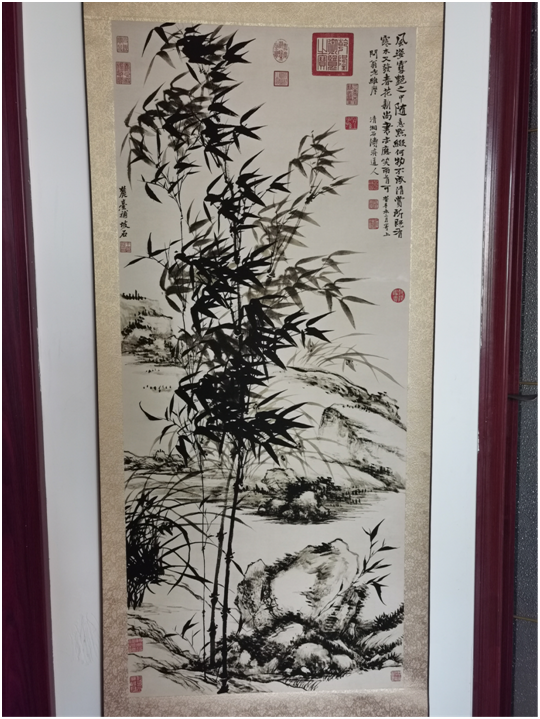 He not only suffered from the loss of his country and family, but also knelt down twice to welcome Emperor Kangxi. He had many contacts with the upper class of the Qing Dynasty, and his heart was full of contradictions（ Shi Tao is said to be born in the royal family. When Ming Dynasty died, he was only a three-year-old child. His becoming a monk was more just a political gesture, which is different from Jian Jiang's "accepting nature and being lonely". Shi Tao's character is full of "dynamic" factors, so he was in Buddhism, but he wanted to go to the world. During Kangxi's tour to the south, Shi Tao took over twice and called long live to the mountain. He took the initiative to go to Beijing to make friends with high-ranking officials and dignitaries in an attempt to get ahead. However, the dignitaries only regarded him as a monk who could draw pictures. They did not care about him, so they defeated him. As a result, he spent his life in contradiction between lofty self-esteem and unwilling to be quiet. Fortunately, he was extremely clever and skillfully expressed this contradiction in his paintings. Therefore, his works are full of dynamic and tension, which is what makes him different from ordinary people.) Shi Tao is good at poetry and painting. He is good at landscape painting and also works with orchid and bamboo. His landscape is not limited to learning from a certain school, but widely imitates the advantages of previous painters, changes the traditional brush and ink techniques, pays attention to learning from nature, absorbs the source of creation from nature, and improves the performance techniques. The writing style of the work is fluent and dignified, soft and elegant, especially good at the point of moss, dense and colorful; Dry and wet with thick and thin ink, or simple ink, or thick and moist, full of changes; The composition is novel, or the panoramic scene is broad, or the local close-up, the scenery is prominent and changeable. The painting style is novel and strange, vigorous and unrestrained, vertical and horizontal, and full of business. Its flowers and birds, orchids and bamboos, also informal, self-expression of the mind, refreshing ink Junmai, dripping Qingrun, very rich personality. At that time, Shi Tao's paintings were more famous than the world. Because he had a good view of the famous mountains and rivers and "searched all the strange peaks to draft", he formed his own unique style. Shi Tao is good at using ink. He combines dry, wet, thick and light. He especially likes to use wet pen. Through the infiltration of ink and the fusion of ink and brush, he shows the dense atmosphere and deep state of mountains and rivers. Sometimes the ink is very thick, the ink is dripping, and the sense of space is strong. He is skillful in writing. Or fine brush outline, rarely Cun rub; Or thick line hook, Cun point and use. Sometimes the pen is smooth and fluent, and sometimes the pen is clumsy in many ways. 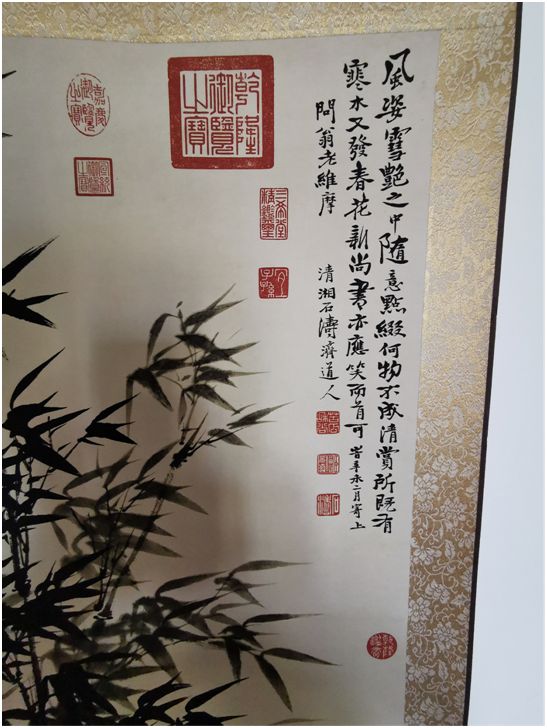 Shi Tao's composition is novel. Whether it's the clouds and smoke of Huangshan Mountain, the ink painting in the south of the Yangtze River, the cliffs, the dead trees and jackdaws, or the scenes of Pingyuan, far-reaching and high, all strive for novel layout and new artistic conception. He is especially good at using the "interception method" to convey the profound scene with close-up. Shi Tao also stresses momentum. His brushwork is unrestrained, free and easy, not limited to small flaws. His works have a bold and unrestrained momentum, and win by the unrestrained momentum. It has a profound influence on the development of Chinese painting in the Qing Dynasty and even in modern times. Some of them are handed down from generation to generation, such as the draft painting of searching for all the wonderful peaks, the painting of Huaiyang in autumn, the painting of Huiquan in the night, the painting of clear sound of mountains and rivers, the painting of drizzle in autumn, the painting of plum and bamboo, the painting of Mohe and the painting of bamboo, chrysanthemum and stone. The book "quotations of balsam pear monk painting" expounds his understanding of landscape painting, puts forward a painting theory, and advocates "borrowing the ancient to open the present", "I use my method", and "searching all the strange peaks to draft", which is of great significance in the history of Chinese painting. 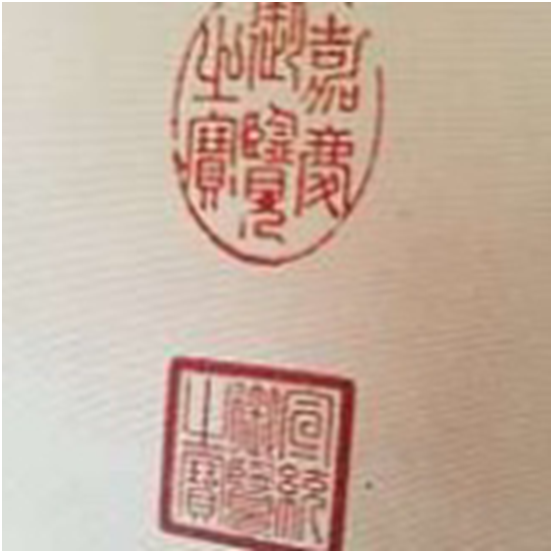 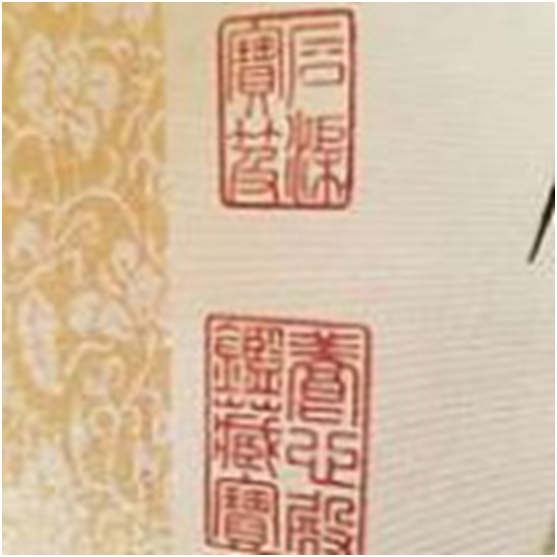 Shi Tao is the most creative painter in the early Qing Dynasty with his unique style of landscape painting, bold and novel landscape composition and changeable use of brush and ink. Zhu Da is famous for his paintings of flowers and birds. He inherited the traditions of Chen Chun and Xu Wei and developed his freehand brushwork. Works often borrow things to express their feelings, use symbolism, allegory and exaggeration to create strange images and express the pain of disgusting secular life and the loss of the country. His artistic achievements had a great influence on the later Yangzhou Eight monsters and modern freehand flower and bird paintings. Shi's landscape style has its own changes from Huang Gongwang's and Wang Meng's. He takes the real scenery as the object to describe the landscape, which is magnificent and vast.