Guangxu Yuanbao was the currency of Qing Dynasty. There were many gold and silver coins in Guangxu period. At that time, during the Westernization Movement, this trend of thought also affected the coinage industry. In the 13th year of Guangxu reign, Zhang Zhidong, the governor of Guangdong and Guangxi, entrusted the British ministers to order a complete set of coin making machines in Britain, and first minted silver and copper coins in the Guangdong money Bureau. After that, the provinces followed suit and purchased foreign machine-made silver, which also made silver coins stained with western color. 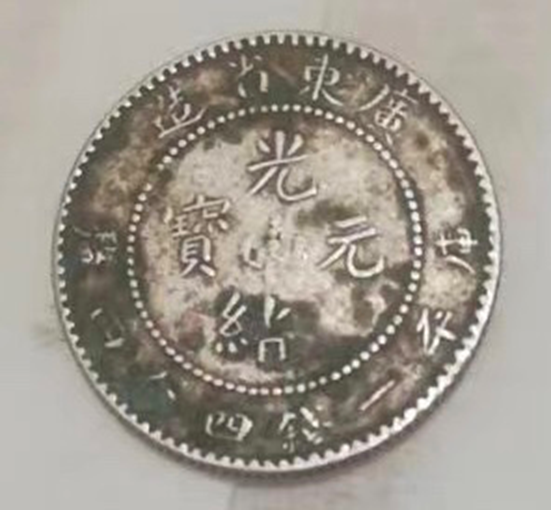 This coin is the first copper coin issued by the new mechanism silver coin in China. It is a famous treasure of modern mechanism copper coin. In order to make the people willing to accept it, the coin was increased by one cent. After its issuance, it was made in China, and its casting was fine, the design was beautiful, and the standard of copper quality was included. So the people were willing to store it, so it was not common in the market. Because of its short circulation time, the mints in other provinces melted down to make coins, which were rare to see. 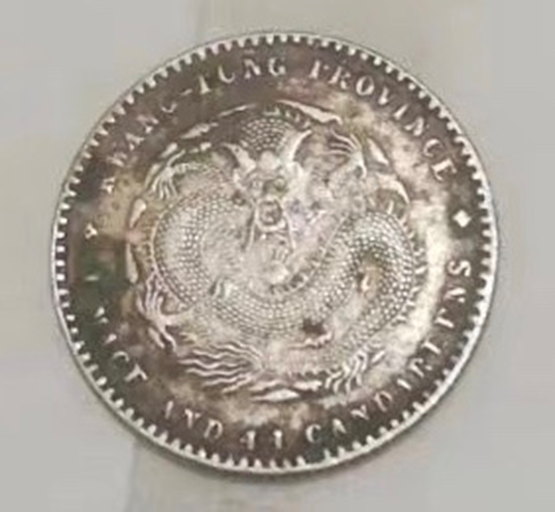 After years of baptism, the coin is made in Guangdong Province. It has been made in Guangxu Yuan Bao. It is well-known and natural. It has been deeply typed, with clear circulation traces and clear dragon scales. The inscription "Guangxu Yuanbao" is cast in the front circle of the collection, and the four characters of "made in Guangdong Province" in regular script are cast in the upper ring of the bead circle, and the value of the coin is cast at the bottom: "Kuping one coin is four cents and four Li", with each side A four petalled flower, with "Guangxu Yuanbao" in the center. Qianbei: in the center is a dragon pattern, which is domineering and side leaking. It has the style of emperor. English: Kwang-tung provision (made in Guangdong Province), 1 mace and 4.4 candareens (1 coin, 4.4 cm). The outer ring is cast in English, with exquisite appearance and unique aesthetic style. Although the coin is small, it can also be a glimpse of the social culture at that time. The collection is exquisite in appearance and unique in aesthetic style. The integration of Manchu and Han culture can be seen on the front of the coin, while the back of money clearly indicates the intervention of western culture. It is a revolutionary cultural relic of high value and of far-reaching historical significance. It is also a rare object for Archaeology and research of Chinese history and culture.

The silver coin is precious in material and of high artistic value. It is made of precious metal or silver alloy. It is exquisitely made, with exquisite patterns, elegant characters, rich contents and brilliant silver. It has a certain function of preserving and appreciating value. With the continuous heating up of collection investment, silver dollar is very popular in the currency market. Chinese silver dollar is likely to become a "black horse" in the field of collection and investment in the future.