In the late Qing Dynasty, due to the inconvenient exchange of Kuping one or two and one yuan silver coins in circulation, there was no official circulation, and the number of silver coins in the world was limited. Inside the bead circle on the front of the coin is the center of the Qing Dynasty silver coin engraved with Chinese characters. Because it is directly under the Ministry of household, the former "Tianjin silver coin General Factory" is named as the Ministry of household "Mint General Factory". That is to say, there are four Manchu characters in the upper part of the coin making factory of the central government, and the dates of the Ganzhi period are on both sides of the Bingwu period. The account department on the left and right is the name of the authority in charge of issuing. One or two at the bottom is a unit of silver denomination, which should weigh 37 grams. The water dragon on the back is surrounded by beads, which is awed by the way of flying in the air. With the decline of national power in the late Qing Dynasty, the dragon pattern was slightly weaker than that in the early Middle Qing Dynasty. 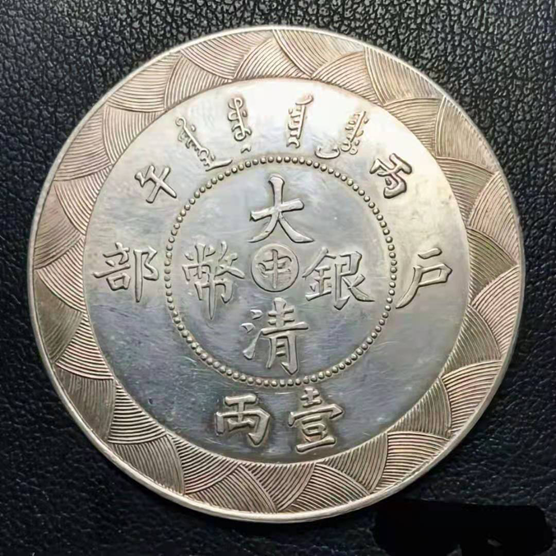 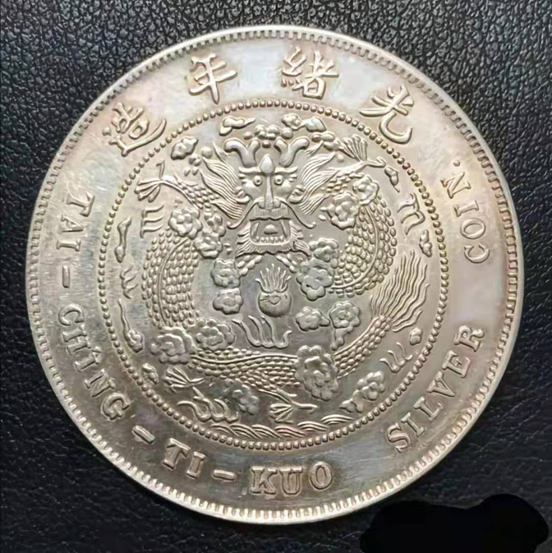 There are one or two Chinese characters in Hubu Bingwu calligraphy; Dong Xun, a famous official of the Qing Dynasty, had a fine design of the coin. There was a "Zhong" character in the center of the front, which made the coin known as "Zhong Zi Er Er Er". The front was decorated with water ripples, which was used for anti-counterfeiting at that time. One or two silver coins increased by 10% compared with the ordinary seven coins to prevent confusion between the old and the new. Most of the small particles on the bottom plate were caused by mold rust, It is also the basic secret to distinguish the true and false in the industry.

In a word, Zhang Zhidong, governor of Guangdong and Guangxi, took the lead in introducing coin making machines from abroad during the reign of Emperor Guangxu. For thousands of years, China has gone from minting coins to machine-made coins, and coins have reached an unprecedented peak. It is of epoch-making historical significance to replace the previous Silver ingots and square hole copper coins.