Brief introduction to the collection: Kangxi Tongbao is a coin of Qing Dynasty, which was cast in the reign of Emperor Kangxi of Qing Dynasty (1662-1722). According to the characters on the back, Kangxi Tongbao can be divided into two categories: one is the Manchu money imitating the "Shunzhi four styles", the other is the left reading of "Baoquan" and "Baoyuan" in Manchu, which is made by the Ministry of household and industry; The other is imitation of "Shunzhi five style" Manchu Chinese money. Kangxi Tongbao, Qian Wenzhen style direct reading. In addition to Baoyuan and Baoquan, all the provinces are named after Manchu characters, with Manchu characters on the left and Chinese characters on the right. The coins of all provinces were made by Xiaoping, and the top ten coins were made by Baoyuan Bureau. The inscriptions on the face were separated from Guo, and the inscriptions on the back were arranged around Baoyuan. The coin material is mostly bluish white, that is, copper tin alloy, commonly known as dabaiqian; There are also copper and brass Provincial Bureau coins.

Emperor Kangxi of the Qing Dynasty reigned for 61 years. Because of the relatively stable society and politics, the rapid economic development, and the well-developed commodity exchange and monetary economy, the coins of the Kangxi Dynasty were very exquisitely minted, most of which were very regular, heavy in shape, beautiful and generous in writing, with a large number of coins and a very rich existence 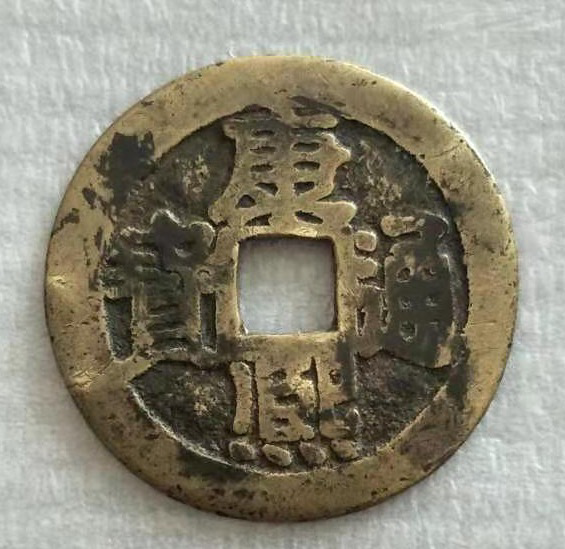 In the first year of Kangxi (1662), the Qing government ordered to stop casting the "Shunzhi Tongbao" money of the previous generation, but to cast the "Kangxi Tongbao" money instead, and stipulated that the system of casting money would be the same for all subsequent generations. Throughout the Kangxi Dynasty, there were 24 coin casting bureaus in China. Influenced by the cost of smelting and casting and the private casting of coins at that time, each Wen Kangxi coin once weighed one coin four cents, one coin and seven cents respectively. As a result, three kinds of "Kangxi Tongbao" coins of different weights, large, medium and small, were produced. The inscriptions of Kangxi coins are written in Manchu except for Baoquan and Baoyuan set up by the Ministry of labor and the Ministry of household. The inscriptions of Tongbao coins are written in Manchu on the left and corresponding Chinese characters on the right. For the convenience of collection and research, the later generations compiled the Bureau names of Manchu and Chinese, forming a rhymed and smooth "reciting poem" of Kangxi Qian. Poetry: with the East River, Xuanyuan Su Jichang. Nanhe, Ningguang, Zhejiang, Taigui, Shannxi, Yunzhang. This poem includes all the 20 Chinese versions of "Kangxi Tongbao". Therefore, some people call this set of money of Kangxi "twenty articles of poetry". Later, the word "Gong" (gongchang Bureau of Gansu Province) appeared, as well as Kangxi coins of "Mi", "Chuan", "Gui" and "Xi". But so far we only see the words "Gong" and "Xi", others have not yet seen the real object, which is still controversial. Kangxi Tongbao is also known as Luohan coin. It is said that it was made by niangenyao melting gold Luohan. The color of the coin is golden yellow. Kangxi's Xi character is less vertical than the popular writing. Among them, the palace money with dragon and phoenix patterns on the back of the Qing Dynasty is loved by collectors. In addition, the Fujian Baofu bureau started to cast birthday money with trunk and branch on the back at the 60th birthday of Kangxi, one product a year, until emperor Yanjia of Kangxi in 1722, a total of ten years, a total of ten products, rare in the world. Another carving mother, like money flow. 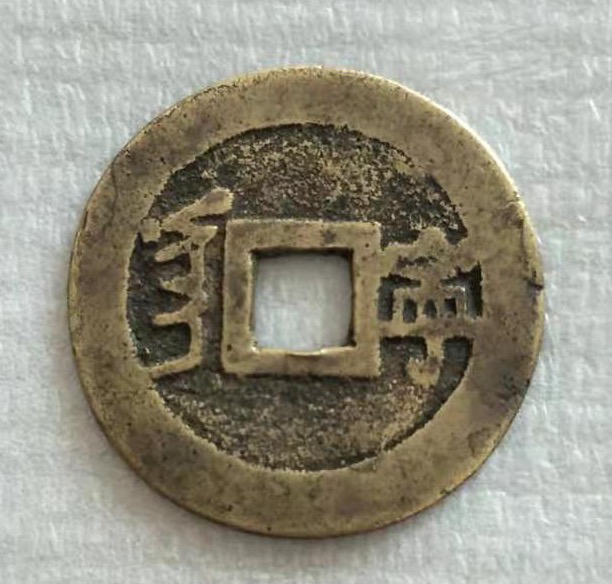 Kangxi Tongbao back Qing emperor Emperor Kangxi years cast, face text regular script direct reading, memorize Bureau, divided into "Manchu", "Manchu Chinese" two, Manchu money imitation Shunzhi four. Back Baoquan, Baoyuan two bureau, Manchu Chinese money imitation Shunzhi five style, wear left for Manchu "treasure", wear right for Chinese record bureau name“ With Fulin Dongjiang, Xuanyuan, sujichang, Nanhe, Ningguang, Zhejiang, Taiwan, Guangxi, Shaanxi, Yunzhang. There are also Gongxi two words heavy, and a small number of back star, moon pattern and back money, remember to pay money. The diameter of dangshidaqian is 4.7 cm. It has been handed down from generation to generation. In the west, dangshidaqian is rare. It has broad characters on its back. In the south, it has double dots on its face, and in the East, it is also rare. It's even harder to pay for land. This kind of coin is particularly exquisite in workmanship. It is said that it was made of gold arhat, so later generations made it into a ring, smelted it into gold, gave it to the younger generation as new year's money, or used it as box money when their daughter got married. As a result, the number of coins in the world is less and less, and it has become a rare variety of the Quan family.