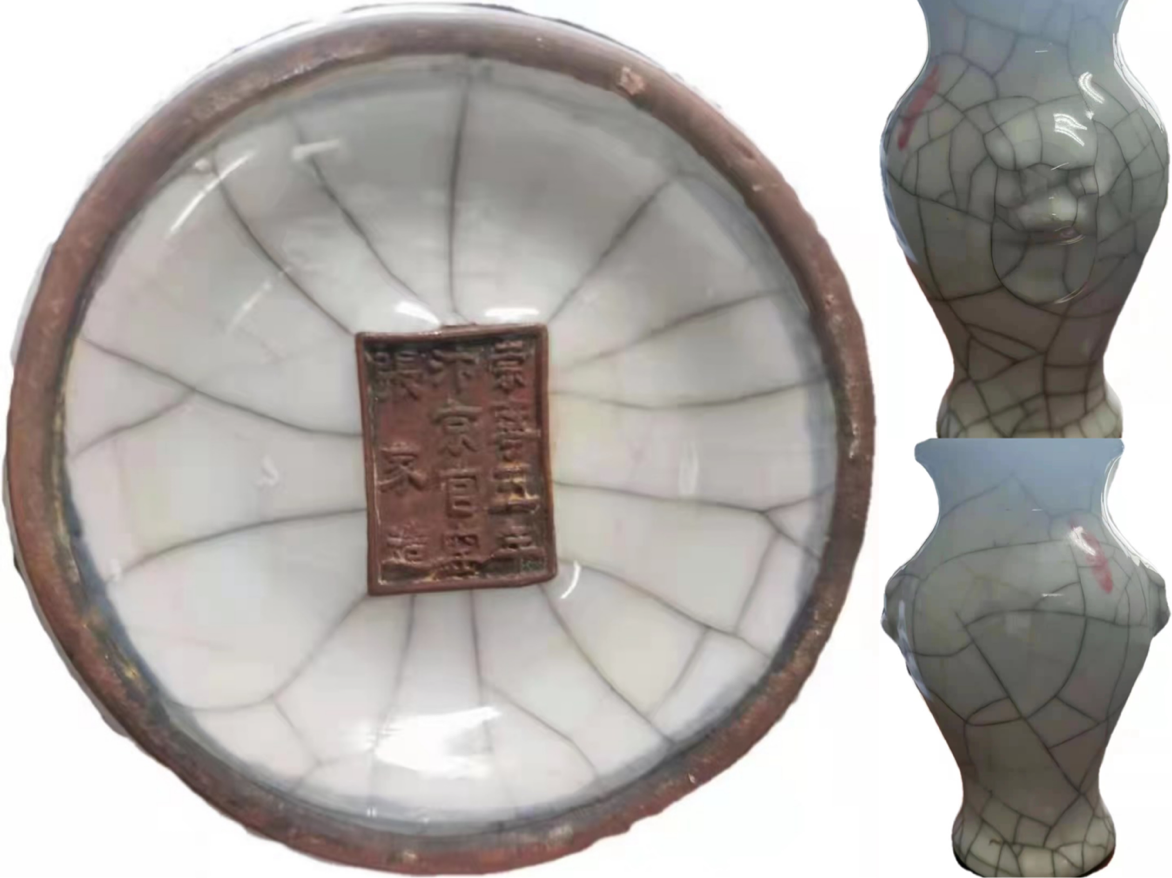 The first five famous kilns in Song Dynasty were Ru, Guan, Jun, GE and Ding. The official kiln was built in Zhangjia of Bianliang in the reign of Emperor Huizong of Song Dynasty. During the Daguan period, the most popular glaze colors were moon, pink and green. The body of the official porcelain is thick, the sky blue glaze is slightly pink, and the glaze has large grains. This is due to the different expansion coefficient of the tire and glaze after heating. The porcelain has no glaze on its feet. After firing, it is iron black. The glaze on its mouth is thin and slightly shows the fetal bone, which is commonly known as "Purple mouth iron foot". This is a typical feature of official porcelain in the Northern Song Dynasty. The official porcelain of the Northern Song Dynasty is rare and precious.